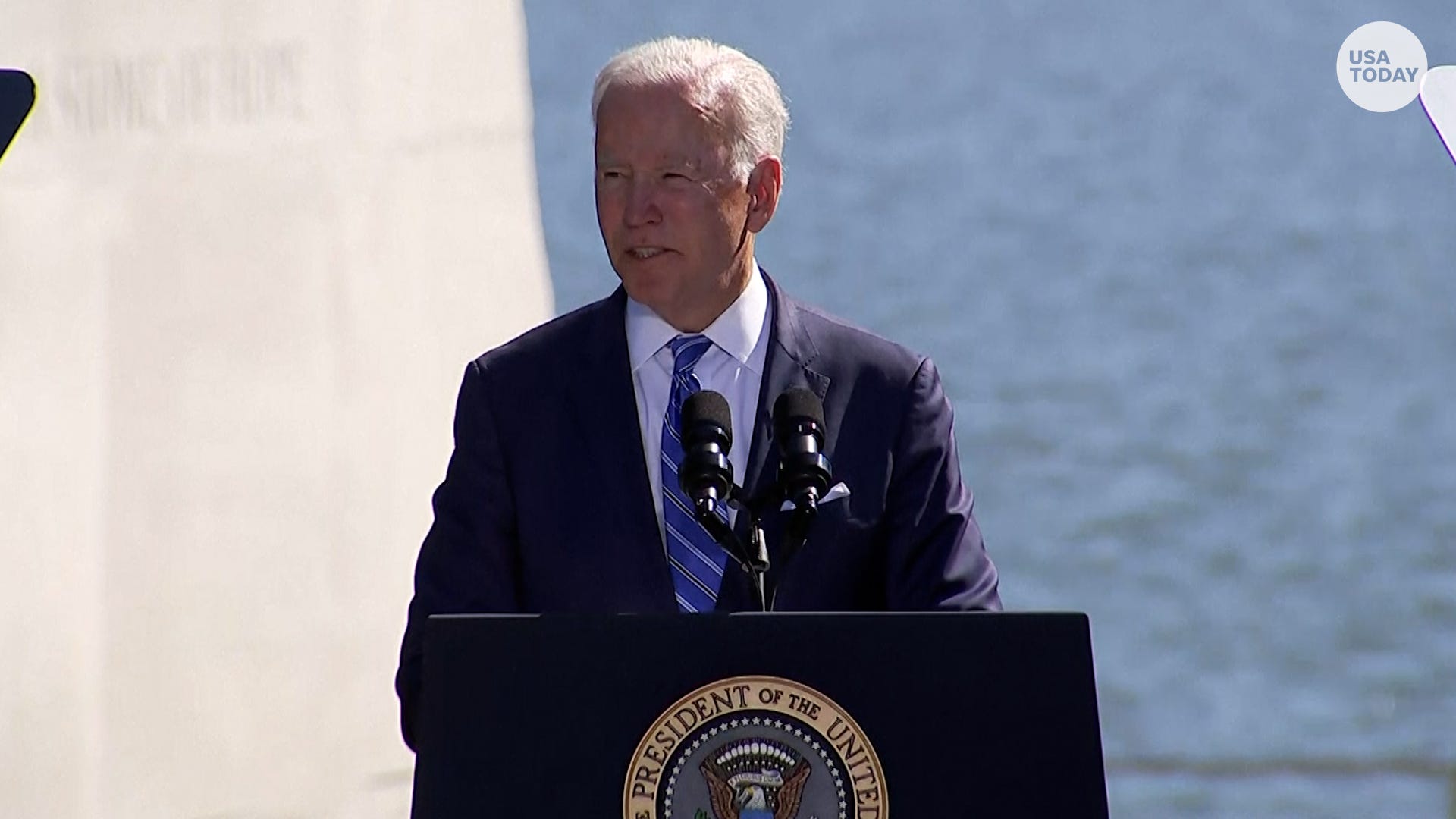 WASHINGTON – President Joe Biden is headed to Capitol Hill on Thursday to unveil details of his $1.75 trillion social and climate spending package during a meeting with House Democrats, as he looks to push for its passage along with a separate $1 trillion bipartisan infrastructure bill following months of hard-fought negotiations, according to a White House official.

Upon his return to the White House, Biden is expected to deliver remarks outlining details of the new framework deal, which includes universal preschool for all 3- and 4-year-olds, subsidized child care and elder care, and improving working conditions for home care workers, and expanding the child tax credit for one year, according to a White House fact sheet.

The framework – which was trimmed of several Democratic priorities including federal paid family leave – includes $555 billion in climate change provisions such as clean energy tax credits and incentives to spur new domestic supply chains and technologies like solar, batters and advanced materials.

Other key elements include expanding the Affordable Care Act premium tax credit through 2025, allowing Medicare to cover the cost of hearing aids and $150 billion investment in housing affordability and reducing price pressures.

Though the president’s campaign pledge to include two years of free community college failed to make it into the framework, the plan includes more money for Pell grants and investment in historically Black colleges and universities and other minority-serving institutions. The deal also extends an earned income tax credit for 17 million low-wage workers for one year.

The framework will include a provision that would offer protection for immigrants in the U.S. illegally. However, details on what that will consist of have yet to be released and must be approved by the Senate parliamentarian.

The Senate parliamentarian has shut down two plans presented by Democrats to include immigration in the package. One was a pathway to citizenship for undocumented people who came to the United States as children, farmworkers, TPS recipients and essential works; the other was to change the immigration registry date.

One of the biggest sticking points in negotiations was how to pay for the expansive package. The latest framework plans to implement a 15% corporate minimum tax on large firms and a 1% surcharge on corporate stock buybacks. It also includes a global minimum tax and a new surtax on multimillionaires and billionaires, according to a White House fact sheet. The plan also includes investment in the Internal Revenue Service to boost enforcement for tax evasion.

Biden’s trip to Capitol Hill comes hours before he is expected to leave for Europe to attend the Group of 20 summit in Rome, followed by the United Nations climate summit in Glasgow, Scotland.

The president wanted to have at least a framework on his social spending package before he left for Europe. But Democrats in the House and Senate have struggled to reach an agreement over disputes on key provisions of Biden’s economic package, which aims to expand the social safety net, and how to pay for it.

“It’s not conceivable to me that we’re gonna have to deal today,” Sanders told reporters. “To my mind, there is no way. I mean, I think we got revenue issues and everything else.”

Progressive, moderate support for the new framework is unclear

White House officials refused to say whether key Democrats like Sens. Joe Manchin of West Virginia and Kyrsten Sinema of Arizona – two moderates who have stalled negotiations – had signed off on the new bill but emphasized Biden was confident the plan would be approved by all 50 Democrats in the Senate and would pass in the House.

More:Why one key Democrat doesn’t want the federal government picking up the tab for Medicaid expansion

House progressives have refused to vote on a separate bipartisan infrastructure bill that has already passed in the Senate until the economic package is also passed.

The head of the Progressive Caucus, Rep. Pramila Jayapal, D-Wash., said she wants to see “what’s actually in the bill” rather than just a framework. She said if the estimate from House Speaker Nancy Pelosi, D-Calif., is correct that 90% of the bill is already written, it should only take two to seven days to complete the rest of the language.

“I think that will show tremendous momentum,” Jayapal said of a framework. “But we want to see the actual text because we don’t want any confusion and misunderstandings.”

“I want to see the text,” she said. “I just want to see what’s actually in it, because it’s very difficult to make a decision on anything without seeing what’s in it.”

The president will defer to Pelosi on timing of when to bring the bills to the floor, but the spending package framework has yet to be written into legislative text, according to a White House official. Biden is expected to give a full-throated push for House Democrats to pass each of the bills when they come up for a vote, the official said.

What are they and why is it a good idea to buy them now?

Who is Allen Weisselberg, the Trump Organization’s CFO?