Biden to travel to Brussels for NATO summit


Ukrainians must realize that the country will not be joining NATO and must “count on ourselves and our partners who are helping us” to withstand the Russian onslaught, President Volodymyr Zelenskyy said Tuesday.

Also Tuesday, the White House said President Joe Biden will travel to Brussels for a March 24 NATO summit on Russia’s invasion of Ukraine.

Zelenskyy, speaking to representatives of the U.K.-led Joint Expeditionary Force, said Ukraine has heard for years about “the allegedly open doors” of NATO but acknowledged his country will not be able to join. Instead, his nation needs separate security guarantees from its allies, he said.

Zelenskyy had been a strong supporter of Ukraine’s efforts to join NATO. Russian President Vladimir Putin, however, has called for a guarantee that Ukraine would never join NATO among terms for an end to the war.

Still, Zelenskyy has repeatedly called for NATO to set up a no-fly zone above Ukraine to ease aerial assault from Russian that have decimated Ukraine cities since the invasion began Feb. 24. And he said Tuesday that Europe could “help yourself by helping us” with more military aid. The Ukrainian military is using up weapons and ammunition meant to last a week in 20 hours, he said.

Leaders of Poland, Czech Republic and Slovenia were traveling to Kyiv on a European Union mission Tuesday to show support for Ukraine. Polish Prime Minister Mateusz Morawiecki said in a tweet announcing the trip that “Europe must guarantee Ukraine’s independence and ensure that it is ready to help in Ukraine’s reconstruction.”

Talks between Ukrainian and Russian delegations were expected to resume via teleconference Tuesday, Zelenskyy said. Talks were halted Monday for a “technical pause,” according to one of Zelenskyy’s advisers. Three previous rounds of talks held in Belarus provided little progress, but both sides expressed optimism ahead of this week’s negotiations.

THE NEWS COMES TO YOU:  Get updates on the situation in Ukraine. Sign up here. 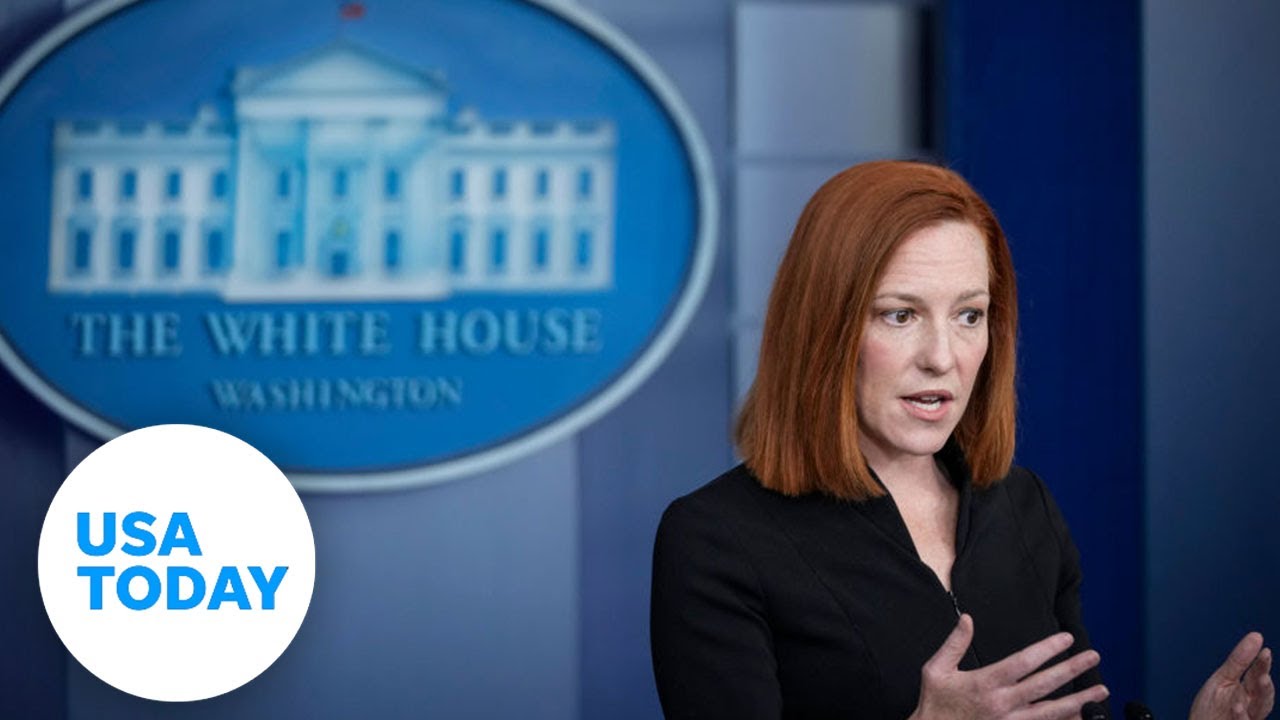 ►Zelenskyy addressed the Canadian Parliament, again pleading for a no-fly zone over his country. The speech came as Moscow announced it was banning Prime Minister Justin Trudeau from entering Russia.

►The Office of the U.N. High Commissioner for Human Rights says at least 691 civilians have died and 1,143 have been injured since the war began. At least four children have died, the agency said.

►More than 3 million Ukrainians have fled the country, the U.N. refugee agency said. “Today we have passed another terrible milestone,” tweeted U.N. High Commissioner for Refugees Filippo Grandi. “The war has to stop. Now.”

►Mariupol City Council says 2,000 civilian vehicles have left the besieged city through a so-called humanitarian corridor. Another 2,000 cars were waiting to exit along the evacuation route.

►The British government says it will raise import duties on vodka and other Russian products and ban the export of luxury goods to Russia.

“At this critical time, North America & Europe must continue to stand together,” Stoltenberg said in a statement on Twitter.

Psaki said Biden will discuss “ongoing deterrence and defense efforts in response to Russia’s unprovoked and unjustified attack on Ukraine and reaffirm our ironclad commitment to our NATO allies.” She said Biden will also join a scheduled European Council summit to discuss concerns about Ukraine including transatlantic efforts to impose economic costs on Russia and humanitarian support to those affected by the violence in Ukraine.

Kyiv mayor: Men should fight, not ‘sit somewhere and sympathize’

Russia stepped up its bombardment of Kyiv on Tuesday, smashing apartments and a subway station as the assault edged closer to the city center. President Volodymyr Zelenskyy said barrages hit four multi-story buildings in the city and killed dozens of people. The shelling ignited a huge fire in a 15-story apartment building and spurred a frantic rescue effort.

Mayor Vitali Klitschko stressed that Kyiv is prepared to defend itself and was confident it will not fall. He urged the men who left the capital to return and fight.

“Everyone who loves Kyiv and wants it to survive should help as best they can,” he said. “Kyiv men, come back. We must protect our city and our future. Don’t sit somewhere and sympathize.”

Fox News cameraman Pierre Zakrzewski was killed while reporting with correspondent Benjamin Hall in Ukraine outside of Kyiv, Fox News Media CEO Suzanne Scott announced Tuesday. Zakrzewski and Hall were traveling in a vehicle in Horenka – nearly 20 miles from Ukraine’s capital, Kyiv – when they were struck by incoming fire Monday, Scott said in a statement. Hall remained hospitalized.

“Pierre was a war zone photographer who covered nearly every international story for Fox News from Iraq to Afghanistan to Syria during his long tenure with us,” Scott said. “His passion and talent as a journalist were unmatched.”

American photojournalist Brent Renaud was killed Sunday when Russian forces fired on a car in Irpin, a town 30 miles outside the capital of Kyiv. A second American journalist, Juan Arredondo, was hospitalized with shrapnel wounds, police said.

When a country sanctions an official or company, their assets in the country are seized and will be arrested if they set foot on that country’s soil. The U.S. and European Union have sanctioned a number of top Kremlin military officials, billionaires and members of the Russian legislature over Russian President Vladimir Putin’s invasion of Ukraine.

It is unlikely that the sanctions against the U.S. will have a material effect on Biden, given that none of the officials have reported assets in Russia. Western governments have ramped up efforts to seize the wealth of Russian oligarchs and financial institutions in their countries.

A news anchor was speaking on Russian state TV when a woman appeared on camera behind her holding a sign with “no war” scrawled in English and a message warning people not to believe Russian propaganda.

An independent human rights group identified the woman as Marina Ovsyannikova. The group, OVD-Info, posted on its website that Ovsyannikova, who identified herself as an employee of the station, was taken into police custody.

Speaking in a video address early Tuesday, Ukraine’s President Volodymyr Zelenskyy praised Russians “who do not stop trying to convey the truth, real facts … And personally to the woman who entered the studio of Channel One with a poster against the war.”

Zelenskyy: Russian troops who surrender will be treated ‘decently’

Ukrainian President Volodymyr Zelenskyy told Russian troops in an online video early Tuesday that they can surrender and will be treated “decently” and pleaded with European nations to provide his military with more weapons.

“On behalf of the Ukrainian people, I give you a chance,” Zelenskyy said in a video translated into English by his office, ahead of his scheduled speech to Canada’s parliament on Tuesday. “Chance to survive. If you surrender to our forces, we will treat you the way people are supposed to be treated. As people, decently.”

Defense Secretary Lloyd Austin was traveling to Brussels on Tuesday for a meeting of NATO’s defense ministers that will focus on bolstering the alliance’s eastern front following Russia’s invasion of Ukraine. Austin then is scheduled to visit senior civilian and military leaders in Slovakia and Bulgaria, according to Pentagon Press Secretary John Kirby.

The NATO meeting comes after the Russia’s cruise-missile attack Sunday on the Yavoriv military training base in western Ukraine. The attack killed at least 35 people and occurred not far from the border with Poland, a NATO ally. President Joe Biden and other senior officials have pledged to respond to any Russian attack that spills into NATO’s territory.

Damage in Ukraine estimated at $500 billion and rising

Preliminary losses from Russia’s military actions in Ukraine are already estimated at $500 billion – and the damage grows worse every day, Minister of Finance Serhiy Marchenko said Tuesday. Supply chains have been broken, some businesses destroyed and others left unable to function because their workers have fled, Marchenko said. The true cost of the war won’t be determined until it’s over, he said. The International Monetary Fund, which has approved $1.4 billion in emergency financing for Ukraine, said this week that the country’s economic output could shrink by up to 35% if the war drags on.

Marchenko said some of the hundreds of billions in Russian assets frozen in the U.S. and Europe could be tapped to help his country rebuild.

China’s stance on Russia’s invasion of Ukraine is “impartial and constructive” while the U.S. has been “immoral and irresponsible” by spreading misinformation, Chinese Foreign Ministry spokesperson Zhao Lijian said Tuesday.

Lijan accused the U.S. of spreading misinformation over reports Beijing had agreed to a Russian request for military supplies. Lijan also said the U.S. played a major role in the development of the crisis, a reference to NATO expansion.

Lijan spoke at a press briefing on day after Yang Jiechi, one of China’s top diplomats, met with U.S. national security adviser Jake Sullivan. Yang called on the international community to support peace talks and that “China always stands for respecting the sovereignty and territorial integrity of all countries.”

State Department spokesman Ned Price declined to confirm whether U.S. officials believe Beijing has conveyed its support for Moscow’s assault on Ukraine but said the U.S. is watching very closely whether China or any other country is providing any form of support including material, economic or financial assistance.

Poland on edge as Russian airstrikes hit near border

KRAKOW, Poland — After a deadly Russian missile attack in Ukraine just 15 miles from the Polish border Sunday, some Poles are increasingly anxious – saving money, checking to see whether their passports are up to date and making plans to flee if war spills over to their country.

“I said to my husband, ‘If only one bomb touches Polish ground, I will pack myself, pack my grandma, pack my mom, and we are going abroad,’” local artist Aga Gaj said.

Poles are nervous following a Russian airstrike that killed 35 and injured at least 100 at a military base where Americans had trained Ukrainian forces before the war. The United States and NATO have regularly sent instructors to the base, known as the International Peacekeeping and Security Center. Just weeks before the war began, Florida National Guard members trained there. Read more here.

Biden to travel to Brussels for NATO summit